As some parts of the world are going back to a gradual yet steady lock-down like here in Europe, we would like to take you on some imaginary journeys through our beloved Italy that will make you dream of better days to come!

This city has begun to see its greatest importance and flourishing at the end of the 16th Century, when the Duke Emanuele Filiberto of Savoy decided to move the capital of his reign, the Duchy of Savoy, from Chambery in France to Turin. It was his dynasty which then started developing the city with its great allies and elegant piazzas until it then became capital of the Reign of Italy between 1861 and 1865.

Turin has also been at the center of industrialization at the end of the 19th century,  and recognized as the heart of the Art Nouveau after the Universal Exposition has been held there in 1902.

Every center of artistic, cultural and historically important growth movements also needs the right meeting spots. This is why some of the most famous cafes of the time where opened here in Turin, the perfect locations to host the many artists, writers, poets and influential characters of the time.

Here are some of the most renowned and famous ones, which we will list by year of opening:

What do Pablo Picasso, Ernest Hemingway, Alexandre Dumas and the famous Italian writer Umberto Eco have in common? They were all big fans of the famous Al Bicerin!

The homonymous cafe founded in 1763 is a real symbol of the city of Turin. Not only was it one of the first places of the time to sell exotic products such as coffee and chocolate, but it is also here that the owner, Giuseppe Dentis, invented the famous “Bicerin”. An alcohol free drink made with coffee, chocolate and sweetened milk cream.

But what do we really know about this drink? Only the ingredients, nothing else since the baristas of Al Bicerin are trained to not reveal any detail about the famous recipe! This very well-kept secret makes the Bicerin one of the most loved Italian coffee drinks worldwide.

This beautiful cafe founded in 1780, in which aristocrats and writers of the time used to gather, is not only famous for its coffee and hot chocolate.
Apparently, this is also where the gelato cone was invented!

The Caffè Fiorio quotes Enrico Falqui, the Italian writer and critic who once wrote:

“a coffee has and must also preserve something of the port and the station, the lounge and the club, the foyer and the open space, the observatory and the hiding place, the back shop and the shop window”.

We could not agree more!

Opened in 1822 in Piazza San Carlo, the Caffè San Carlo is probably one of the most sumptuous and famous cafes of Turin. Unfortunately it was severely damaged by the bombings during World War II, but after 10 years of restorations it was possible to recover some of the old frescos and wayside shrines.

This famous cafe was one of the main gathering spots for politicians, journalists, artists and writers of the more socialist and radicals (contrarily to the nearby Caffè Fiorio, where the rather conservative public met).

Want to know a little secret?

A secret is a secret and this is why the best Bicerin can only be consumed in one of these institutions of the Italian coffee tradition, what we can do, is give you a little idea of how it is composed and the main ingredients! 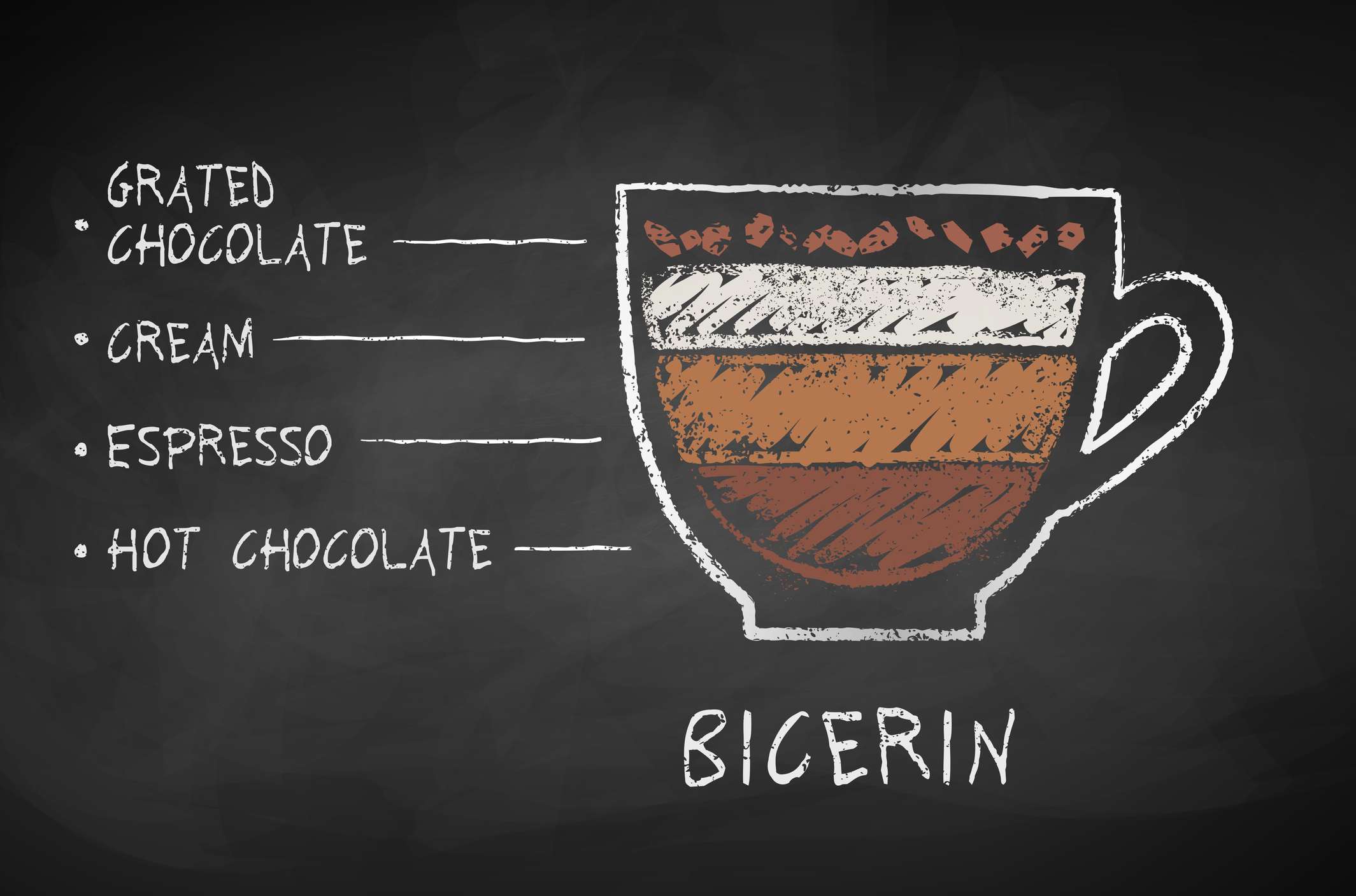 The Bicerin’s real recipe is a secret, but here are the ingredients and our idea of its proportions