In 2020 we will celebrate Mokaflor’s 70th anniversary! We want to take this occasion to tell you our story and that of our founder, Vasco Bernini.

Nine steps. This was, and still is the distance between the first  little store in the tiny, dark alley Chiasso dei Baroncelli and the impressive entrance to Piazza della Signoria in the heart of Florence.

In 1950 many parts of the city were still destroyed because of the just ended Second World War. However, this imparted the city a still more dramatic beauty. Vasco Bernini was fascinated by the little store in that tiny and dark alley. For him it was a big challenge to take on this small business in a new coffee culture which was just arising.

Vasco made this decision a long time before he took over the small roastery, where he was working as an accountant. Back then, the little store was already attractive, but definitely needed some new and younger spirit. This was what Vasco saw as his own challenge! 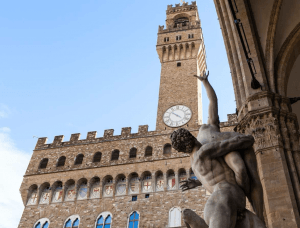 One year earlier, Gaggia had just launched the first piston coffee machine to the market, which had the slogan “Crema caffè Naturale”. This was when the so much loved, golden coloured crema on top of the espresso was born. Truly revolutionary! Only a few months later the crema turned into the most important criterion for clients when they chose their coffee.

The crema of Italian coffee

In the meantime, Vasco learned a lot about coffee and its quality. That’s how he realized that there was one huge mistake in the perception of costumers: The crema was definitely important but in searching for a dark and thick crema, many Italian roasteries started using a higher quantity of Robusta for their blends. They also roasted the beans very dark with the result of a very bitter taste in cup.

For Vasco this didn’t seem to be the right way. He was convinced that clients would appreciate coffee with a good crema plus a more balanced taste even more: less bitter, less roasted but with a perfect aroma in cup.

But how to realize these thoughts?

The answer was easy but nevertheless radical for these times: he needed to find the perfect roast profile for every single variety of coffee. The effect of this innovative idea appeared fastly: two years after Vasco had taken over the small, romantic store it was no longer big enough and so they moved into a bigger building at Ponte al Pino.

It was in these years when Mokaflor started to expand their commercial network outside of Tuscany into other regions such as Umbria, Lombardia, Liguria or Campania.

1972 they had to move again to a bigger building: from Ponte al Pino to San Bartolo a Cintoia, a little more out of town.

After Vasco Berninis decease in 1987 his two sons Andrea and Renzo Bernini assumed the responsibility for the company and its success.

The boom of Italian coffee abroad

In the 1980s Andrea began to export abroad and participated in his first fairs in Germany and Northern Europe. Here, Italian coffee was a big success. Thanks to the method of slow roasting (15-20) minutes, a discontinuous cycle rotating drum and the attention to every variety’s peculiarity, Mokaflor received a lot of positive feedback. Nowadays together with his daughter Eleonora he develops the export worldwide, especially new and fast growing markets such as the Middle East, Asia and South America.

Back to 1995. Another project was born, that needed not only a huge passion for coffee but also a high amount of creativity. We developed the concept of the ChiaroScuro coffee shops which were the first ones offering Single Origin Coffee but also flavoured coffee. 1999 the first ChiaroScuro coffee shop opened its doors in Via del Corso in the city centre of Florence. This was soon followed by others, managed as a franchising, in Sesto Fiorentino, Malta, Bacau, Cairo and Santiago di Chile.

With the development of the sector, also the growth in costumer requests to learn more about our products and the quality in coffee increased. That’s why we founded the Espresso Academy in 2009, our school for coffee and barista.

Thanks to Gabriele Cortopassi, manager and founder, the school developed into one of the main schools for coffee education in Italy, with more than 1.000 students every year and a wide offer of more than 10 different courses. There are seven certificated trainers at our headquarters in Florence, but we also have six partner schools abroad and new schools are already being planned. Espresso Academy also developed a their own certification which is: the Italian Barista Method.

A great idea of Leonardo and Bianca in 2015 was the impulse for our latest Mokaflor project Caffèlab. Both of them are, exactly like Eleonora, part of the third Bernini-generation and are responsible for the project until today. With Caffèlab our experts and trainers from Mokaflor and the Espresso Academy, like Simone Celli and Robert Brinck, select, roast and manufacture coffee varieties from all over the world. Today Caffèlab also stands for the Italian main supplier in e-commerce of Specialty Coffees and tools for the preparation of coffee.

Our goal for 2020 is to develop our collaborations and to sustainably strengthen them. We want to give the biggest support possible to the producers in the countries of origin and to all the other members of the supply chain.

How is this possible?

On one side through direct trade, on the other side through education and knowledge. Thanks to an ever growing network for the importation of green coffee, the development of our export sales and to our highly interested customers, students and baristas all over the world, we realized that we can truly make a difference by communicating the quality of coffee.

We want to give our end consumers a better feeling for coffee and what it takes to achieve a high quality: the hard work in the plantations, the processing methods and the roasting procedure. Only then will they be willing to pay the price which the producers can use to cultivate their plantations in a better way, guaranteeing that the soil keeps a long-term productivity.

We want to take the opportunity to thank all of you drinking and appreciating our coffee. A huge thank you goes to our team in Florence, carefully roasting and processing the many orders every day and to the many workers in the plantations all over the world, always guaranteeing that we can offer the best quality to our clients.

And last but not least, thank you to our wonderful clients. Without you we wouldn’t be here, doing every day what we love the most, sharing great coffees with you! Grazie! 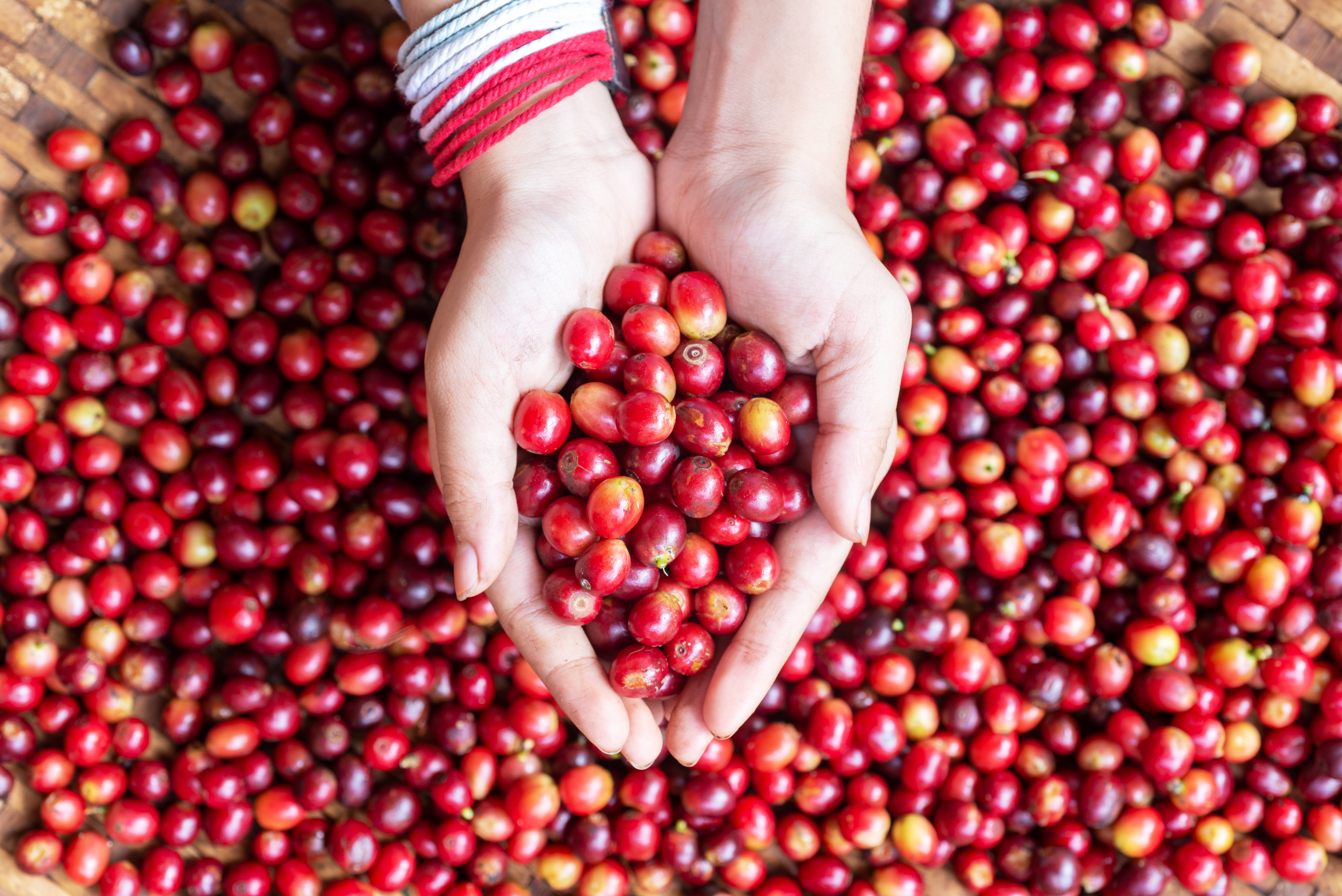